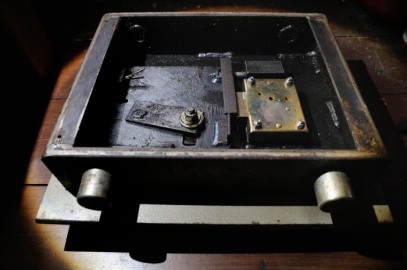 A policeman once told me that the best lock is the one that gets used. Good advice when so many aquisitive crimes happen as a result of a presented opportunity. It makes sense to avoid giving this present to just anyone.

As such, this will be our first point to consider. It is important, if not obvious, that the locks in use should be well fitted and work properly. If it's awkward or difficult to operate there is a good chance that locking it will be neglected at some point.

That having been said, it does not mean that all locks are equal. There are some very good reasons why some locks cost as little as £10, and the same opposing reasons why others cost hundreds. Locks, I hasten to add, means that they are opened with a KEY. Pound shop locks that can be opened by accident or with a screwdriver don't count. 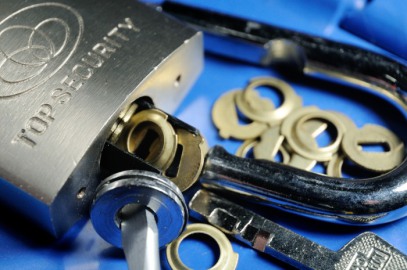 There are various types of attacks on locks that are commonly encountered and the manufacturers are largely aware of them. So they employ different measures within their locks to counter these various attacks and most are not immediately apparent or even visible from the outside. The higher grade locks will employ different materials, different parts and construction, and will go through more processes in their manufacture. These all make the lock harder to get past without a key but they also make them more expensive. While more security features in a lock adds to the cost of it, this also has the added benefit of making it worthwhile raising the standards of manufacture to produce something that is better made. Plainly they don't want their high end products failing, which is good from a longevity and reliability point of view. It also means you get a device that 'feels' better which often means you will be willing to put more trust in it and this is good for your sense of security. 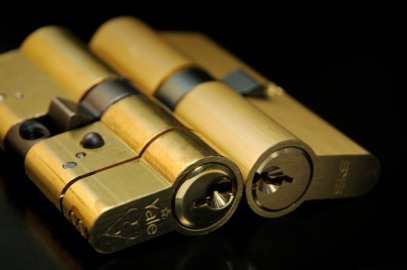 Of course this comes after other, more common sense security precautions have been followed. 'No sign of forced entry' are words no policy holder wants to hear. And if you asked an expensive security consultant how to avoid them they might return with the foggy notion of investing in 'key control measures'.        Que???

What that actually means is making sure nobody else has got keys that shouldn't have. 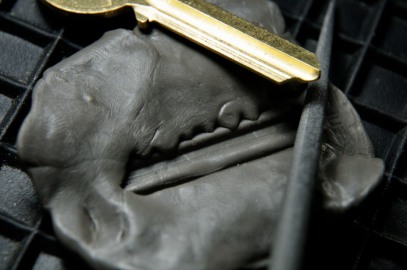 Modelling clay with the impression of a key

The problem is that as a security measure it is very easily eroded, if it was ever there in the first place. (See the moving house section.) It's usually very easy and often quite cheap to get keys copied. Jock on the Narrow Way will cut the second cheaper than the first and you'll probably spend more time chatting than waiting for the keys to be copied. It is even possible to cut a key from a texted mobile phone photo of the original. (Jock won't do this but I have in a pinch.) This is why it is important to consider who has access to the keys and why simply changing the locks is often a good security upgrade.

The next thing your security consultant might mention is 'Layered Security'. They may leave the term hanging without elaborating while your imagination conjours up visions of cameras overlooking barbed wire fences and skinny actresses dancing through a myriad of laser beams. Once you've considered how much it might cost to have a small force of knuckle dragging extras toting Kalashnikovs patrolling your perimeter, any costing you might be presented with will seem very reasonable.

In actual fact it's much simpler. It's a thought or two about what kind of gauntlet any potential thieving Herbert would have to run to get to your stuff. If they are merely faced with an isolated door that's seen better days with one latch lock on it, that is just one easily overcome 'layer'. If there's another lock, it's another layer. Likewise if they are better quality locks. If the two locks are of different types then that is a further layer. If those locks are stoutly emplaced then it's a thick layer. If the area around your door is lit, that's another layer. If the area is visible to passers by, that's another layer. If you know your neighbours, and they know that isn't you trying to get in, you have another layer. A passive infra red (PIR) sensor illuminating a light bulb can create a less welcoming environment for unwanted guests but they can also potentially annoy your neighbours. Best employed with a little consideration. If so, they can be useful.

If you think your lock is merely presenting the appearance of function or you've just noticed a tiny clause in your insurance policy, please talk to us about fitting an upgraded lock. Often this can be fitted within the present hardware arrangments, but if not we can talk to you about what kind of changes might be involved and all the options.

If you feel it might be the fabric of the door architecture that would fail before the lock, talk to us about fitting Kickstop security upgrade products. Kickstop is an internationally famous, well, at least nationally renowned, Hackney firm that makes various products to be used in conjuntion with existing security features to make them much stronger. They used to be on Chatsworth Road but are now behind the old Police station.

The product you're most likely to have seen is their 'London Bar'. Not a pub, but a metal rail that runs up and down the door frame and covers the keep of a nightlatch. As such it spreads the energy of any 'blunt force' applied to the exterior of the door to the whole of the door frame instead of the screws holding the keep onto just two inches of it. Simple, but very effective. They have other offerings too.

Ultimately, the idea of security is a state of mind and not a prescribed set of physical circumstances. But there are things we can do to help put one's mind at ease a little and it might be worth considering some upgrades or renovations to present security arrangements. Please give us a call to discuss, but if we need to pop round for a look-see you'll have to put the kettle on.