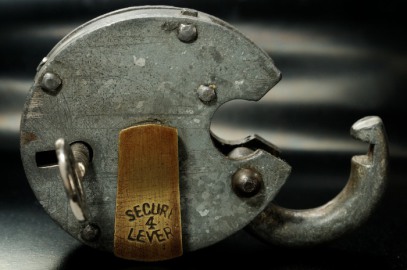 Padlocks have been around for millennia. The Romans had them and so did other folk trading with them. Protecting goods in transit was their main use. Much like the clunking great things used to secure sea containers today. 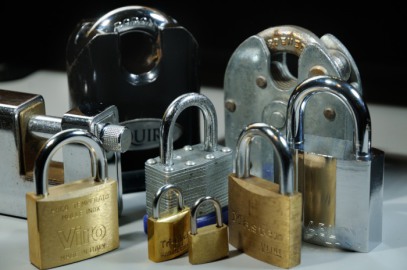 The term 'padlock' comes about from locks used to protect livestock in a small holding field known as a 'paddock' from ne'er-do-wells who might lead them away in the night. Such people hardly made a sound. The locks used on the gates were plainly 'paddock locks' but the term sounded a bit daft so it was contracted into the word 'padlock'.

Padlocks come in a stupendous variety of shapes and sizes, all with different security purposes. From teeny tiny pea sized things to ruddy great CEN graded security offerings, they all have features designed in to protect your stuff. 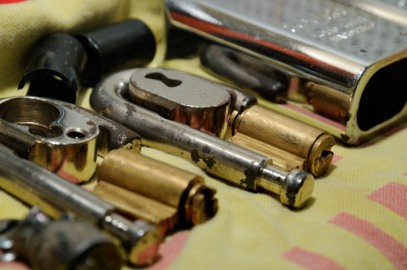 Mostly, what's gone into a security padlock is thought. But the monster security padlocks will probably have twin ball bearings securing the shackle thus requiring the 'tea-leaf' to make two cuts rather than one to remove it, and a lock body that comes up around the hardened shackle to make such cuts very difficult to perform. The mechanism may well have no springs in it to render it essentially 'dead' once locked. The key may be stuck within the lock while it is unlocked to prevent forgetting to lock it again. It will also probably weigh a few pounds, so not exactly handy. 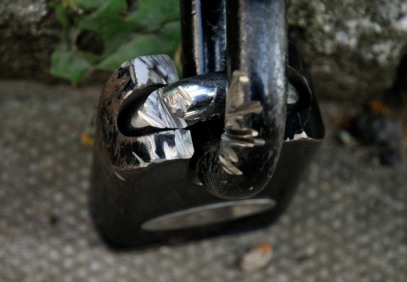 Its small fry sibling has a spring inside so it pops up when opened and then snaps back shut again. Its body is no bigger than absolutely necessary and doesn't cover the shackle as that is usually the shiniest bit. Its probably not hardened either, but who cares. It's so cute! Who would want to harm such a delightful little wonder, and risk breaking a nail in the process? Awww. Contents secure. 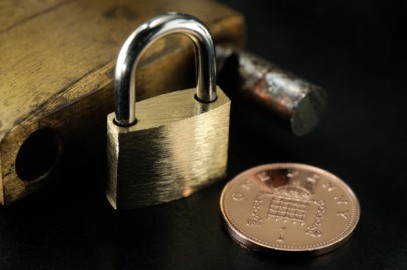